A Normal State Does NOT Rule in Austria

<p>Since February 2000, a coalition government comprised of the right-wing FPÖ and the Christian democratic ÖVP has been in power in Austria. And since then demonstrations have taken place against the FPÖ every Thursday, and information and dance events have been held in front of the Chancellory every Saturday.<br /> <br /> The measures taken by the government have a two-faced character. Towards the international community and the less differentiating Austrian public, it

Since February 2000, a coalition government comprised of the right-wing FPÖ and the Christian democratic ÖVP has been in power in Austria. And since then demonstrations have taken place against the FPÖ every Thursday, and information and dance events have been held in front of the Chancellory every Saturday.

The measures taken by the government have a two-faced character. Towards the international community and the less differentiating Austrian public, it presents itself as a fast reformer of those areas that were neglected during the rule of the past coalition government comprised of the social democratic SPÖ and the ÖVP. The fine details and the long-term destruction taking place in areas with less media coverage are being veiled by a pension reform, compensation for forced-labor during the Nazi regime and a budget consolidation.

The innovative, contemporary art and culture scene in Austria has developed a substantial structure since the 1970s with the help of state subsidies and investments. Over 400 cultural initiatives in the cities and non-urban communities serve to impart contemporary art, conduct socio-cultural work with young people, and provide a platform for critical confrontation with political issues, such as nationalism, racism, etc. In addition to its important sociopolitical function, this non-profit cultural sector constitutes one of the few areas with a growing employment rate. Particularly the confrontation with democracy and sociopolitical issues provided this sector with an early warning against the FPÖ and its (cultural) policies. The current cultural advisor to Jörg Haider, head of the government of the Austrian province of Carinthia, already wrote in 1980: "Scientists and artists, who represent the German Nation through their work, should receive increased promotion. Genuine German endeavors should be supported throughout the entire sector of art and culture. Foreign and supplanted elements, though not to be declared bad as such, should be increasingly identified as non-German." This background illuminates Jörg Haider's decision to refuse to contribute financially to the famed international Ingeborg Bachmann Prize for Literature, and to create a promotion prize for Carinthian authors instead.

The interventions of the ruling government aim at undermining cultural promotion for critical organizations and institutions as well as destroying their structures. The strategy is manifold: termination of rental contracts for federal, provincial or community property, cancellation of subsidies, increased postage rates for newsletters, donation mailing campaigns and program folders. The government reserves the right to subsidize the postage charges for individual organizations and thereby intends, according to the chairman of the ÖVP, Andreas Khol, "to separate the wolves from the sheep."

Political neutrality towards the ruling government is being deemed a new criterion for receiving support - government subsidies as politically dedicated bribe money from those parties which have just come into power in the government. Democracy has come to an end when there is no longer any differentiation between the national authorities or municipal officesstate and community, on the one hand, and the presiding government, on the other hand.

If a person dares to reflect upon the next step in the current dealings of the FPÖ and the ÖVP in the name of cultural promotion, if the government only supports that which is in favor of itself, then why should there be continued support for the oppositional parties in opposition? In keeping with such logic, the federal leader of the Green Party, Van der Bellen, and the federal leader of the SPÖ, Gusenbauer, would already be acting on the brink of organized crime. Jörg Haider has already proposed that any critical voices in Austria should be prosecuted fiercely and without mercy. Fifty-five years after the suppression overthrough of the Nazi regime and the reestablishment of a new democratic Republic of Austria, the basic fundamental right of freedom to voice one'sof expression opinion is being massively restricted. Intimidation, threats and criminalization of those who think differently have always constituted essential factors under of totalitarian and misanthropic governments. The Austrian federal government committed itself in the preamble of its government program to uphold the basic democratic rights which also form the basis of the European Union. However, the head of the government, Federal Chancellor Schüssel, has not yet found it necessary to put Jörg Haider in his place for having made this political advance, nor to protect the fundamental values of the international community from this impending danger.

The current political developments in Austria have become particularly blatant with concern to the situation of the media. In 1998 the public radio and television monopoly in Austria came to an end. Private radio stations began broadcasting for the first time. It required years of conflict-ridden confrontation with politicians to create the basis for private, culturally motivated and non-commercial media projects. These institutions were confronted with budget cuts immediately after the present government came into power – the first measure for disciplining any reporting that was critical of the government. Shortly following, critical journalists and editors from public radio and television were relieved of their offices or transferred to less "sensitive" positions.

The Austrian print media are demonstrating increasing conformity. In addition, the interpretive power of the "Haider-friendly" and "EU-critical" Austrian daily paper "Neue Kronen Zeitung" prevails over "Austrian reality" with a readership of 42.5%. The sanctions measures imposed by the EU-14 are therefore purely perceived as a media spectacle: portraying the refusal to be photographed with Austrian politicians, in contrast with the unproblematic unqueried election of Herwig van Staa, Mayor of Innsbruck, as President of the European Council's Chamber of Communities and RegionsCongress of Local and Regional Authorities of Europe. As an honorary functionary, heHe was the sole politician who agreed to preside over a ceremonial event held by extreme right-wing academic clubs only a few days before his election by the Congress.

If the Austrian chancellor and the foreign minister are unconcerned by the pending examination into government work by an EU delegation, then it is because the delegation will hardly be able to delve deeply enough into the aforementioned areas. Disregarded by the traditional media, and robbed of its structures by the government, Austria is presenting itself "in a normal state" by omitting the developments described here, and is thus founding a broad basis in Europe for right-wing populists and the enemies of democracy.

We therefore expect the countries of the European Union to make a qualified contribution that is fitting to observe and counteract all antidemocratic developments manifest in Austria – as well as in any other EU country – in addition to any individual, formal acts of taking distance from the Austrian federal government. Such increased awareness of antidemocratic developments must be primarily directed towards Austria, since the participation of the FPÖ in the Austrian coalition government could set a precedent for other EU members, not only leading to the internal questioning of democratic principles, but finally also constituting the downfall of the European integration process. 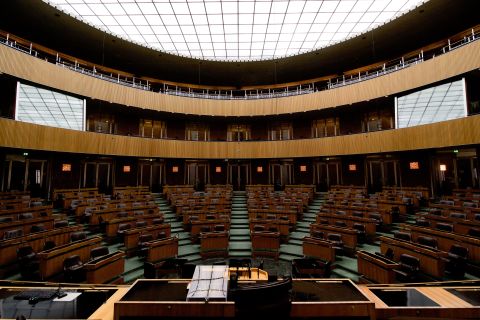 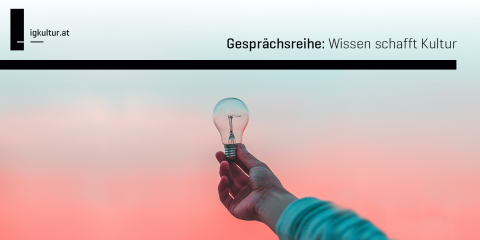 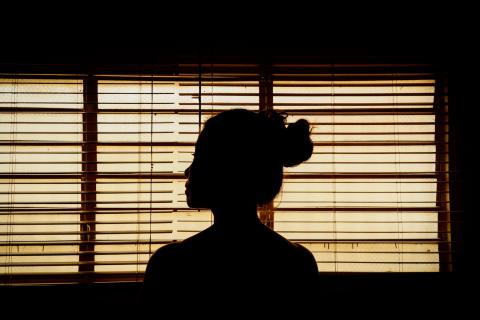